JEWISH EDUCATION IS AT A CROSSROADS

Will significant numbers of young Jews ensure the vitality of the Jewish People or will many just drift away?

EMPOWERING TEACHERS IS THE KEY TO addressing this reality

An outstanding teacher turns classroom learning into a transformative experience, impacting the student far beyond the school’s walls. Nothing else can have this transformative effect.

We are always seeking feedback and would greatly appreciate your thoughts. Please write them in the designated areas as you read along.

In line with the biblical maxim to “teach a youth according to their own path”, we know that no two teachers or students are alike. At WCJE, an educational non-profit, we combine a highly-personalized and empathetic approach to each teacher and school, with best practices from the worlds of entrepreneurship and data-based research.

While our vision is broad and strategic, we focus on practical steps. We integrate an in-depth and individualized analysis of each particular school, with insights based on data from a wide range of Jewish educational settings around the world. Our approach enables both an uncompromising commitment to the confidentiality of our relationship with each institution, and the application of lessons from years of experience working with different schools.

We work with each school to develop a proof of concept that quickly creates value, and that can be scaled across the institution. By focusing on the teacher, we can make a deep impact in a short time with reasonable costs.

[*click on the small arrow on the left side of the subtitle, to see more challenges and solutions]

Challenge: Many teachers have not had the opportunity to receive the professional training necessary to effectively employing new tools and develop as outstanding educators.

Our Solution: Tailored pedagogical training, ongoing professional development and around-the-clock support, in order to ensure that every teacher reaches their full potential

Challenge: Educational materials used in schools are frequently outdated or ill-suited to the unique characteristics of the particular institution.

Our Solution: A World Center with the expertise and experience to guide schools of every type in designing the curriculum that fits them best, while ensuring affordability.

3 The most successful, tested and proven methods

Our Solution: The WCJE is committed to employing professional measurement and evaluation in order to take Jewish education to a whole new level. Our methods enable you to put in place a process of continuous improvement, allowing you to maximize your school’s potential and educational outcomes.

Building a community of excellence

Our strategic goals include the creation of a community of diverse schools around the world, sharing knowledge and best practices while maintaining independence. This provides several important advantages:

Creating an international network of educational institutions allows us to identify schools with similar challenges and goals, and facilitate the sharing of best practices and experiences. This allows us to suggest a broad range of practices and resources that have already been proven to be highly-successful, while giving you the flexibility to choose those that best fit your educational vision and agenda.

Schools are able to leverage their position and pool resources vis a vis suppliers.

In cases where existent offerings do not meet needs, the WCJE can map schools with similar interests, and facilitate a process of collective investment in the creation of new materials.

One Hotline for One People

The WCJE’s hotline, staffed by our expert consultants in North America, South America, Europe and Israel, is available twenty-four hours a day to answers questions, provide guidance and address any pedagogical issue that may arise. We understand the busy schedules of teachers and administrators, and are committed to providing our educators with support around the clock. 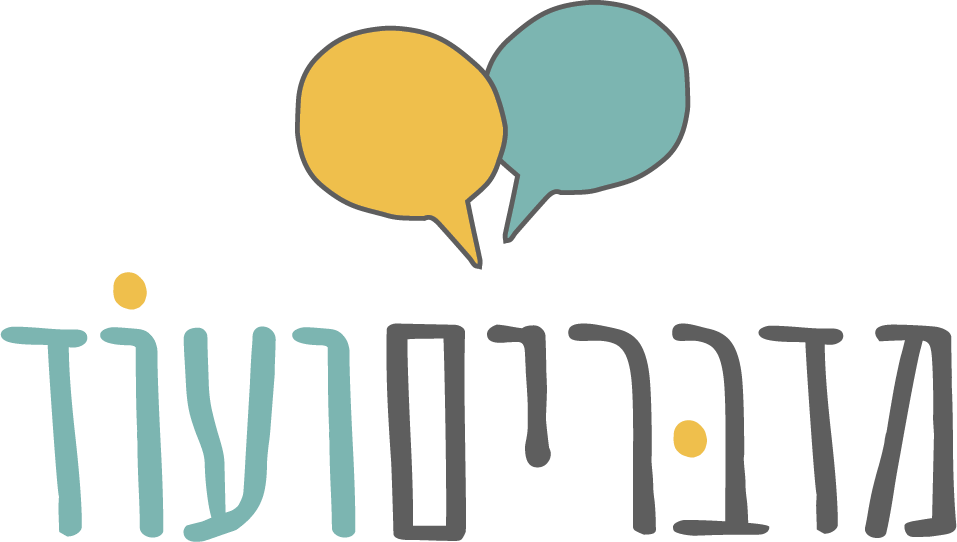 offers you expert online assistance in all things connected to the learning experience, and showcases educational materials from the leading publishers. 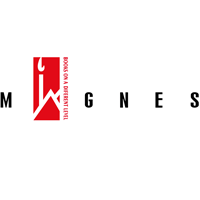 We are honored to partner with the Hirsch Foundation in memory of Holocaust survivor Ms. Hedy Hirsch of blessed memory. The Foundation focuses on deepening Jewish identity in the educational world. A subsidy of up to 50% in shipping costs of Hebrew language and Judaic textbooks. Registration for the 2021 program is open.

Hirsch Foundation Subsidy Program provides a subsidy of up to 50% in shipping costs of Hebrew language and Judaic textbooks. Registration for the 2020 program is open.

The WCJE is an independent, non-governmental and non-denominational body and non-denominational organization. Our independence allows us to objectively evaluate and recommend materials from a diverse range of bodies. The WCJE’s dedicated team has extensive experience in both formal and informal educational frameworks, including schools, supplemental education, adult education, camps and youth movements. Our expertise covers both the broad range of relevant subject areas and diverse types of educational settings, from traditional classrooms, to blended learning, to virtual and distance-learning. We are deeply passionate about the mission of transforming Jewish education and have dedicated our professional lives to this goal. Our advisory board includes current and former day school principals and educators, professors from Israel and abroad, professionals with a diverse range of experience in governmental, formal and informal educational institutions, and experts in pedagogical evaluation. Over the past twenty years, we have worked with over four hundred schools in fifteen countries to provide curricula that fit the unique needs of each school. Three years ago, we decided to sharpen our strategic focus after reaching the conclusion that providing the best educational resources was not enough to revitalize Jewish education. We realized that a broader teacher-centered revolution was necessary. Therefore, for the past 3 years, the WCJE has focused on empowering teachers, and giving them the pedagogical tools and training needed to succeed. 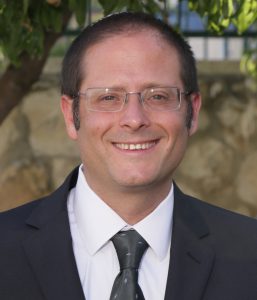 The WCJE is led by Mickey Katzburg, an educational innovator and entrepreneur with over twenty years of experience. For the past two decades, Mickey has worked with hundreds of educational institutions in Israel and abroad. His experience includes the establishment of a successful pedagogical resource center, the creation of Hebrew-language Ulpan programs, consultancy to one of Israel’s leading professional development companies, work with hundreds of youth groups from around the world on Israel Experience programs and educational tours, and service as a shaliach at Yeshiva University High School of Los Angeles and the Simon Wiesenthal Center.​ 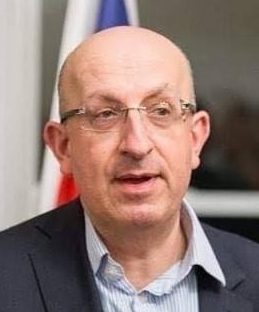 Michael has a rich background in Jewish education, strategic leadership and fundraising. Raised in the UK, he was an active member of a Jewish Youth Movement and also attended Jewish day schools. Shortly after completing a BA in Jewish History and Hebrew Literature, Michael made Aliya and embarked on a career in Jewish education. His previous roles include Director of Jewish Education at the Baltimore JCC, Executive Director of Melitz in Jerusalem and most recently, as the Chief Executive of UJIA (UK). Michael has an MA in Contemporary Jewry from the Hebrew University and is a graduate of the Mandel Jerusalem Fellows.

A Commitment to Collaboration

To achieve our goals, the WCJE works in close cooperation with dozens of educational and cultural bodies that specialize in developing curricula on relevant topics, including Academon Books (the Hebrew University academic publishing house), CET—the Center for Educational Technology, TALI, Bonayich, Maaleh Film School and many others. We are proud to partner with The Hirsch Foundation, which was established by Hedy Hirsch in memory of her family members who perished in the Holocaust. The Foundation’s objectives include deepening Jewish identity and enriching educational content for students of all ages, teachers, administrators, and academics around the world. The Hirsch Foundation supports formal and informal educational projects, and engages in preparing content, publishing books, and availing the content to learners in a variety of languages. From 2018, the Foundation has subsidized the cost of delivering educational resources to schools around the world, helping to defray one of the significant costs related to the acquisition of pedagogical materials.

We use cookies on our website to give you the most relevant experience by remembering your preferences and repeat visits. By clicking “Accept”, you consent to the use of ALL the cookies.
Do not sell my personal information.
Cookie SettingsAccept
Manage consent

This website uses cookies to improve your experience while you navigate through the website. Out of these, the cookies that are categorized as necessary are stored on your browser as they are essential for the working of basic functionalities of the website. We also use third-party cookies that help us analyze and understand how you use this website. These cookies will be stored in your browser only with your consent. You also have the option to opt-out of these cookies. But opting out of some of these cookies may affect your browsing experience.
Necessary Always Enabled
Necessary cookies are absolutely essential for the website to function properly. These cookies ensure basic functionalities and security features of the website, anonymously.
Functional
Functional cookies help to perform certain functionalities like sharing the content of the website on social media platforms, collect feedbacks, and other third-party features.
Performance
Performance cookies are used to understand and analyze the key performance indexes of the website which helps in delivering a better user experience for the visitors.
Analytics
Analytical cookies are used to understand how visitors interact with the website. These cookies help provide information on metrics the number of visitors, bounce rate, traffic source, etc.
Advertisement
Advertisement cookies are used to provide visitors with relevant ads and marketing campaigns. These cookies track visitors across websites and collect information to provide customized ads.
Others
Other uncategorized cookies are those that are being analyzed and have not been classified into a category as yet.
SAVE & ACCEPT
×
×

Our agenda is always evolving, and we would appreciate your thoughts. Please write them in the designated areas as you read along. 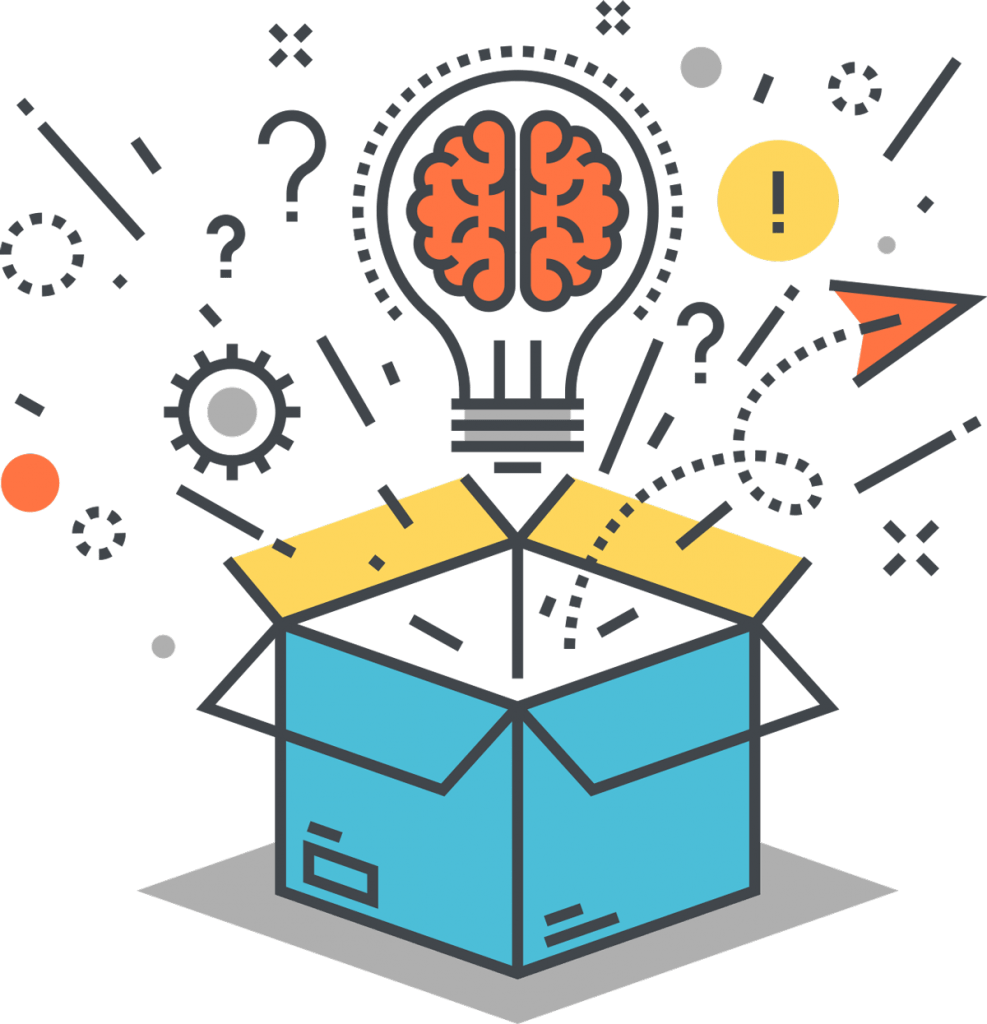