Mickey Katzberg learns from the revitalization of a run-down Jerusalem neighborhood how to support Jewish schools around the world.

Kiryat Menachem in south-eastern Jerusalem is a neighborhood that many veteran Jerusalemites have never heard of – it used to be known as ‘Jerusalem’s skid row’. In the 1970s, the Israeli government invested great efforts and millions of dollars in a grandiose program called Shikum Shchunot (Neighborhood Renewal). In reality, a large percentage of these funds were spent on enhancing the buildings and physical surroundings in these neighborhoods, while the problems inherent in their communities remained unsolved.

Real change finally began to take place in the neighborhood when a small but effective group of activists arrived. They set up Kibbutz Reishit as the first urban kibbutz. The kibbutz members quietly became integrated in the neighborhood and, by forging personal relationships with residents, developed an accurate understanding of the community’s needs. They created new and collaborative educational frameworks, transforming the neighborhood so that families from all over Israel now want to live there.

The local educational network established by Reishit has won many accolades, and the neighborhood has been lauded by principals, CEOs, mayors and Presidents. The late President Shimon Peres was so impressed by the successful social integration of children of Ethiopian descent at the Reishit School that he wrote a song about it, and asked Israeli composer Idan Reichal to set it to music.

So, what can we learn from the Reishit urban kibbutz? Their activists came to live together with us in the neighborhood. They made changes from within, while living as members of the community. They showed us that the most effective social change comes through collaboration and partnership. They maximized small budgets with smart thinking and creativity, and they invested for the long-term. Community projects are not glamorous or easy. It is often difficult for donors to visualize the impact of their investment in a community in the same way that they visualize their name on a new building.

Jewish day school education deals with building the identity infrastructure of the future generation of the Jewish people. The generations of Jewish leaders who we grow there will benefit the Jewish people. Over the past two decades, informal Jewish education has received huge budgets, through glamorous projects such as Birthright and MASA, which effect a visible transformation on young adults who are ready to make transformative life decisions. Now, at last, funders are starting to invest in formal education, which is a marathon rather than a sprint, and requires a longer-term commitment to supporting children and families.

Three years ago, the Hirsch Foundation for Jewish Education tasked the World Center for Jewish Education with conducting a survey to understand the problems being faced by Jewish day schools. We have met with hundreds of teachers and school principals around the world, and we work in collaboration with veteran leaders in the field of Jewish education to implement their recommendations. From the feedback we’ve already received, it seems that there is great demand to continue on this path.

I was born in Israel, and I still live here, but all of my working life has been spent in Jewish education in North America and around the world. Together with my team of veteran educators, we are constantly engaging the teachers and principals of Jewish schools in constructive dialogue.

One of the lessons that I have learned as an ‘outsider’ is to listen. Instead of ‘parachuting in’ with ideas, we need to pay close attention to what each Jewish community needs. Effective transformation requires a thorough understanding of the needs of an organization, and a commitment to supporting its staff.  It is crucial that we invest wisely in Jewish education, because we are in this for the long haul. I believe that we should follow the collaborative model pioneered by Kibbutz Reishit, in order to engage in entrepreneurship, innovation, and community involvement. 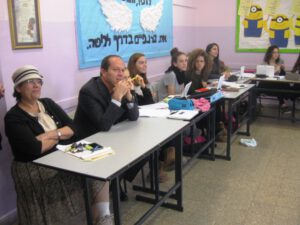 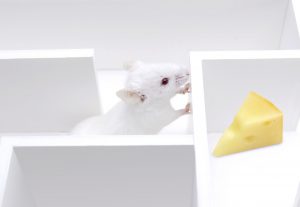 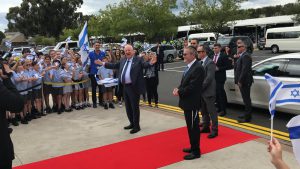 The President of World Jewry

Read More »
Mickey Katzburg June 7, 2021
We use cookies on our website to give you the most relevant experience by remembering your preferences and repeat visits. By clicking “Accept”, you consent to the use of ALL the cookies.
Do not sell my personal information.
Cookie SettingsAccept
Manage consent

This website uses cookies to improve your experience while you navigate through the website. Out of these, the cookies that are categorized as necessary are stored on your browser as they are essential for the working of basic functionalities of the website. We also use third-party cookies that help us analyze and understand how you use this website. These cookies will be stored in your browser only with your consent. You also have the option to opt-out of these cookies. But opting out of some of these cookies may affect your browsing experience.
Necessary Always Enabled
Necessary cookies are absolutely essential for the website to function properly. These cookies ensure basic functionalities and security features of the website, anonymously.
Functional
Functional cookies help to perform certain functionalities like sharing the content of the website on social media platforms, collect feedbacks, and other third-party features.
Performance
Performance cookies are used to understand and analyze the key performance indexes of the website which helps in delivering a better user experience for the visitors.
Analytics
Analytical cookies are used to understand how visitors interact with the website. These cookies help provide information on metrics the number of visitors, bounce rate, traffic source, etc.
Advertisement
Advertisement cookies are used to provide visitors with relevant ads and marketing campaigns. These cookies track visitors across websites and collect information to provide customized ads.
Others
Other uncategorized cookies are those that are being analyzed and have not been classified into a category as yet.
SAVE & ACCEPT
×
×